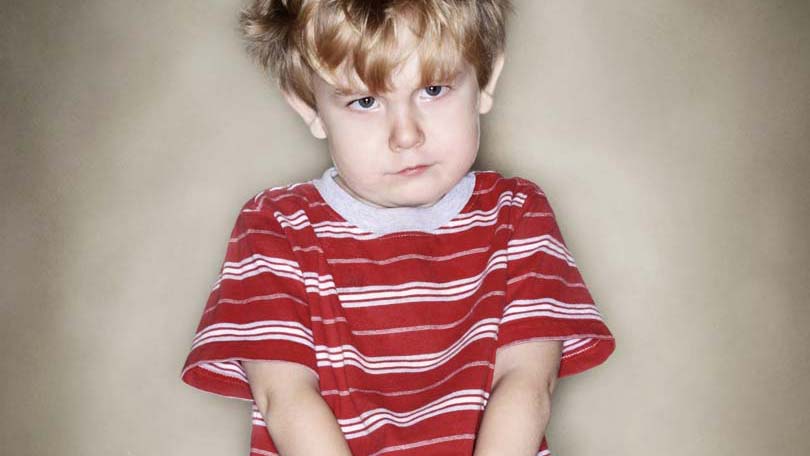 Kids are oblivious. No sooner do you buy your child a new toy, than you find it discarded in the corner of his or her bedroom. Attention spans are short in our tech-crazy culture, and our children are its most vulnerable victims. Playing with any one object for more than ten minutes has become uncommon, unless of course that particular object is some sort of electronic gadget. It would serve us well to start teaching our kids at a young age to be good stewards of the family’s property, as well as that of others. The only thing worse than your child ruining one of your belongings is when they destroy the property of someone else.

When my first child was very small, I used to get so frustrated with her when she didn’t respect her toys, or clothes, or our house and cars. Finding crayon scribbled on her bedroom wall didn’t inspire admiration on my part, but rather a temporary inward rage and feeling that we ‘can’t have anything nice’. Of course, after having a few more kids, I realize that they don’t do anything annoying out of maliciousness, but rather because they’re simply innocent, oblivious children.

That said, there comes a point when you should teach them responsibility. Of course there will still be accidents, and they will still make mistakes, but always remember that you are raising adults, not children. There’s no reason why children can’t learn how to take pride in the neatness and orderliness of their rooms, or clean up after themselves once they’ve finished playing with their toys. Hopefully, this newfound integrity will then carry over to when they’re out and about, or visiting a friend or family member’s house. Imagine how impressed Grandma would be if little Suzie hangs up her coat and neatly places her shoes in the closet instead of tossing them in a pile by the door.

So, how exactly do you go about training your children to respect their own property, as well as that of others? When I was a kid, I remember spilling nail polish on the carpet, leaving the milk on the counter after pouring it into my cereal, and tossing my trash on the floor of my parents’ cars. Yes, I was a slob and had no respect for my family’s possessions. Of course, if I could go back in time, I’d return to my past and be a little more respectful, but since that’s not an option, my parents will simply have to settle for my humble apology. I hope to learn from my childhood mistakes by making sure my own children don’t repeat them. This requires a great deal of hovering on my part, but I know that my being massively annoying to them will pay off in the end.

One trick I’ve employed that seems to work is figuring out what each child’s collateral is. Each of my three daughters has something that is worth so much to her that I can use it as leverage to teach them life lessons. For instance, my tween daughter’s iPod is practically an extension of her arm, she loves it so very much. I can hold onto it when I need her to clean her room, and wow, does her room get tidied up fast! The next day, I take the iPod again, and once again, she quickly cleans her room. The day after that, the behavior has been learned, and I no longer need to take the iPod to get her to tidy up. Some would say this really isn’t teaching my child to be an innately neat and orderly person, but I would argue that some of us simply aren’t, and we need a different kind of motivation to inspire us to go through the motions anyway. The hope is that cleaning up after oneself will eventually become habitual, and translate into the world outside of our four walls.

As for the younger ones, the results are not as immediate and automatic. Yes, they have objects they value highly, but as I mentioned before, their attentions spans are short, so they can always find something else to distract them. My middle daughter usually just admits defeat and adapts to the loss of her treasured item. For my youngest daughter, I have to ban certain things, like her favorite TV show or game, for more than one or two days to shape her behavior. In some ways, I’m more laid back than I was when my kids were very small, but in other ways, as I’ve gotten older I have less tolerance for nonsense!

On the flipside of damaging property, is losing property. My tween, who also happens to be my messiest child, has a terrible habit of losing things. We have torn the house apart trying to find soccer shorts, soccer jerseys, soccer socks, soccer balls, soccer shin guards, and soccer captain bands. She’s even lost some of her soccer medals and trophies! Perhaps, she needs a new hobby; one which requires no equipment. I haven’t quite figured out how to teach someone not to lose things. If it’s gone, it’s gone. It’s especially horrible if it’s someone else’s property that’s been lost. It’s embarrassing to have the inevitable dialogue with the person whose item has been lost, telling them that you’re willing to pay for something that just might be irreplaceable to them. Luckily, we haven’t had to cross that bridge. Yet!

In the end, we do the best we can. We train and teach our kids all the things that we think they’ll need to be responsible adults who are chock full of integrity. I hope that all the nagging, hovering, helicopter-ing, annoying, repeating, and re-repeating will somehow sink in to the subconsciousness of my collective offspring and propel them into adulthood just as prepared as they can possibly can be for success. And I hope that one day when they have to go out and work for what they have, they’ll realize even more so the importance of being good stewards of their, and other people’s, belongings. In the meantime, I have to go find a soccer jersey.