The Cost of Christmas Continues to Increase 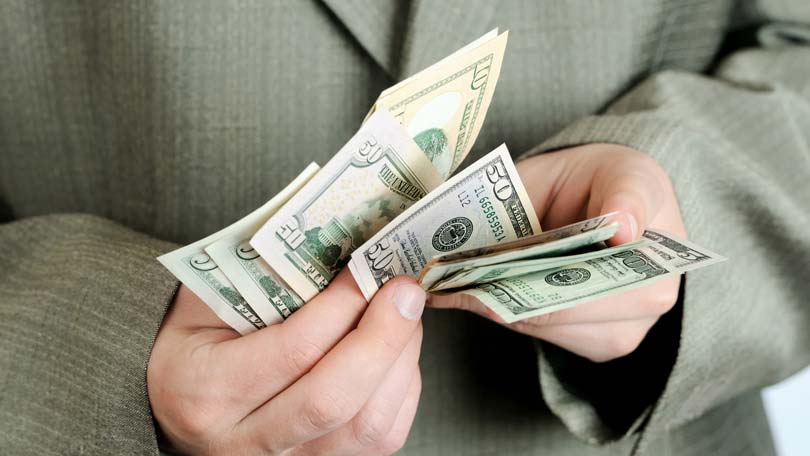 While Christmas gifts are exchanged between people of all ages, let’s face it…it’s all about the children. We go to elaborate lengths to create a mystical atmosphere of good-will, and anticipation, all for the benefit of the kiddies. It is the source of the most discouraging words ever heard…,” Assembly Required…”. The vast majority of money spent on Christmas is on toys for the little ones.

The children of the world have been playing with some kind of toy for thousands of years. They are quite capable of using their imaginations to create a toy from almost anything. In years gone by (especially in my time), children were not so hard to please, and were usually happy just to get anything. In my youth, we could make a toy from anything, including fallen tree branches (swords), trees (Tarzan’s home), old PVC pipe (blowguns, swords, clubs, medical instruments…..), rubber bands (toy gun ammo, once you make the gun from an old 2 x 4). Any toy that actually came from a store was a real treasure. Our most prized possession was usually our bicycles, which allowed to us greatly expand our adventurous territories. To that end, most toys were modest, compared to today’s offerings. And with the increase in technology, comes an increase in price as well.

Just as an example, we can examine some of the average toys of Christmas past.

• 1920s – technology hadn’t really kicked in, yet, and most popular toys were re-makes of old classics. The Teddy Bear was introduced at a cost of .98 cents, crayons debuted at .05 cents for a box of 8 colors, and the much-loved Raggedy Ann doll was born, at .95 cents each. And, of course, the Yo-Yo, popular with young and old since the days of the Romans, was still a Best-Seller. Pedro Flores brought the Yo-Yo with him to America from his home in the Phillipines and started the Flores Yo-Yo Company (‘yo-yo’ means ‘come-come’ in the Tagalog dialect of the Philippines). The company was purchased in 1929 by Phillip Duncan, and the King of Yo-Yos, the ‘Duncan’ was born. The rest is history.

• 1930s -The 30s were plagued by the Great Depression, and toy companies shelved most innovation in lieu of keeping prices as low as possible. However, the toy of the decade was the 3D Viewmaster, which could be had for around $1.50. Technology was beginning to make itself known in the toy word. The other big boom in children’s goods was the invention of the Comic Book, and super-heroes like Superman, and others were common fare. Cost of a comic book in 1935….15 cents. Board games like Scrabble, and Monopoly ruled the market for much of the decade, at around $2.00 per unit.

• 1940s – The world was once again at war, and technology ruled. An engineering accident led to one of the most enduring toys ever made, Silly Putty. America needed rubber to  make tires for jeeps, trucks, and aircraft. But the enemy controlled most of the rubber-producing parts of the world. In 1943, James Wright, a Scottish engineer working for General Electric, attempted to create a synthetic rubber by adding boric acid to silicon oil. The resulting gooey, bouncy polymer was a failure, as far as rubber goes, but someone recognized it’s potential as a toy, and it was marked as the ever-popular Silly Putty. Also in 1943, another accident in the War Industry resulted in one of the worlds most-beloved toys, the Slinky. A naval engineer, Richard James, was trying to invent a spring to cushion sensitive equipment on ships in high seas, and in combat. One of his experimental coils fell off a shelf, and ‘walked’ across several shelves, stacks of books, and down some stairs before coming to rest. His wife, Betty, was delighted, and christened the new gadget, the Slinky, referring to the sound it made. With a $500.00 loan, James made 400 Slinkys, and Gimbels Department Store allowed him to try to sell them there, at $1.00 a piece. They sold all 400 in less than 90 minutes, and a legend was born. Another classic, the virtually indestructible Tonka Truck, was also born in this decade.

• 1950s – The booming economy, and tons of available consumer technology created a Golden Age for toys. The new medium of television gave the toy industry a powerful ally. Mr. Potato Head, introduced in 1952 at .98 cents each, was the very first toy ever marketed on TV, and was an outstanding success. Whamo, a company that previously only marketed cheap plastic sling shots for youngsters, introduced the Hula Hoop in 1958, and the Frisbie. Students at Yale University had a pastime of throwing pie plates from the local Frisbie Bakery to each other, starting in the early 1800s. When the UFO craze began in 1946, a former Yale student, partnered up with a friend from the war (one was a pilot who had been shot down over Italy and had been a POWs in Stalag 13, the other a transport pilot in the China-Burma-India Theater of the war)) and produced a plastic version of the pie tins that flew even better. They marketed them as the Pluto Platter, until 1955, when they came to the attention of Whamo Toys, who bought the rights from them. The Frisbie Bakery went out of business in 1957 and Whamo bought the rights to the name, and trademarked marked the discs as Frisbees. They sold for around $1.00 ea, and over 10 million were sold before Whamo was sold to the Mattel Toy Company in 1994.

• 1960s – Innovation was king in the 1960s, and the decade saw the birth of both Barbie Dolls, and GI Joe. You could have a Barbie for a mere $7.97, and a GI Joe, complete with some gear, for a little more. Matchbox cars were popular, and their main rival Hot Wheels managed to create a small die-cast car that topped 300 mph. Popular games were Operation, at $2.50 each, and Twister at around the same price.

• 1970s – This was the decade before the major technology explosion. The toy of the decade was the brain-buster Rubiks cube, and became an addiction for many. The first commercially-made skateboards hit the market, creating a new sport. This was the lull before the storm. By the late 70s, toys were equal parts of technology and nostalgia. The late 70s saw the birth of the Internet, and personal computers that were within the price range (barely) of the general public.

• 1980s – The birth of the electronics age, as far as toys go. The 80s witnessed the birth of Pop Culture, creating events like the 1983 shortages of Cabbage Patch Dolls, one of the biggest crazes of all time. The shortages increased the prices exponentially. Also around this time, primitive electronic games like Pong were replaced with fully computerized games from the ill-fated Atari Corp., and Nintendo. They were very expensive, a Nintendo selling for $130.00 or more, plus another $30.00 for each game cartridge. These were the rage, and every child had to have one. Christmas got incredibly more expensive, and the toy companies were learning just how far they could push consumers (quite a ways, apparently…). Personal computers and their associated games were beginning to take control of the toy world.

• 1990s – The age of the Internet and computers had arrived, making the cost of Christmas very expensive. While low-tech items like Roller Blades managed to capture their share of the market, portable gaming consoles like Nintendo’s Gameboy were the rage. Each year of the decade had a “must-have’ toy, thanks to massive TV marketing aimed specifically at youths, leading to shortages and high prices. Things like the Tickle Me Elmo, and Beanie Babies became a permanent part of American Culture. For the first time in history, children spent less time playing outdoors, than in their rooms, with computers, and such. The Internet brought the entire world to the fingertips of anyone with a console and a web connection. The cost of Christmas could easily top several thousands of dollars, and people began saving in January for the next Christmas season. Toys were so expensive by this time that banks began offering short-term Christmas Accounts, allowing people to save up to buy gifts for the season.

• 2000s – The undisputed hit of this decade was Nintendo’s Wii Gaming Console. By 2010, they had sold over 75 million units at several hundred dollars each, outpacing competitors X-Box, and Playstation 3 by a large margin. The demand was so great that Wii consoles were purchased on Ebay for as much as $2500.00. Video games dominated the market. The other big hit of the decade was merchandise based on the wildly popular Harry Potter films.

• 2011 – Toy prices seem to have leveled off somewhat, possibly due to the world economic situation, but technology still rules. The ‘hot’ toy for 2011 is the Hexbug series of nano-robot bugs and larvae. There are several models and they run around $30.00 each. Accessories include various habitats, which seem to be modestly-priced. Video games, computers, iPods, Smartphones and computers still dominate the market.

Most of us over 50 would probably agree that people spend a lot more money on Christmas gifts now, than when we were young. To many of us, the price of many of the toys these days seems the equivalent of the Gross National Product of a small Third-World county. But is it really true, or just subjective?

In 1960, the average US household had an average of 32% of their income that could be used for discretionary spending, meaning on things that were not vital to survival and functioning (U.S. Bureau of Labor Statistics, Consumer Expenditure Survey for 1960, and U.S. Census Bureau, Statistical Abstract of the United States, 1960). Exact figures are not available, but I think it would be safe to assume that at least 20% of that would probably be spent on Christmas gifts, especially in families with children. According to the same reports, the average annual income in 1960 was $6691.00. 32% of that would be $2241.00. 20% of that would be $428.22.

Another factor to consider is the Christmas Price Index, a somewhat whimsical device invented by the US. Bank PNC Wealth Management division. They have been tracking the price of items listed in the Christmas carol, The 12 days of Christmas, since 1984, to demonstrate the rise in the costs of merchandise. They are consistent with their pricing, and the rates used come from the following:

The study has highlighted some surprising trends in the ensuing years. Prices have increased annually like this:

There are a few ways to save on Christmas. One is obviously taking advantage of sales throughout the year, and using coupons. Another is to consider buying some things online. Internet companies have a much lower overhead, and can often give you better prices than Brick-And-Mortar businesses. Consider giving gift certificates, and gift cards. That way you can control how much you spend. Even though you can’t turn back the clock to the 1960s, you can still use some good-sense solutions to ease the stress on your wallet, bank account and credit cards, and still get wonderful gifts  for your loved ones. 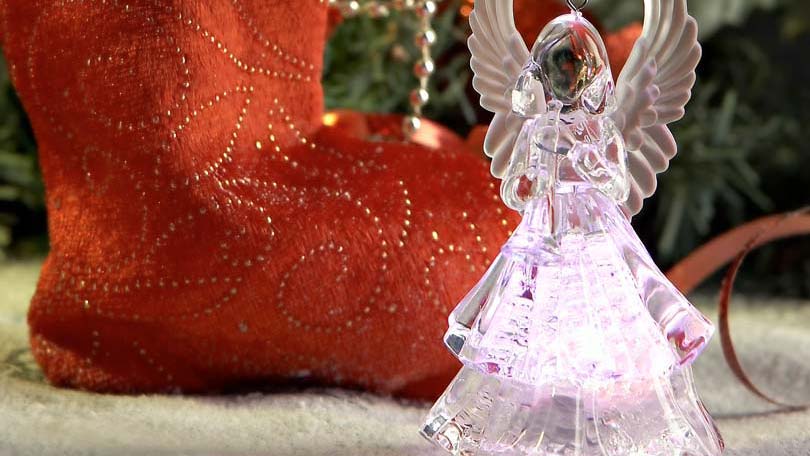 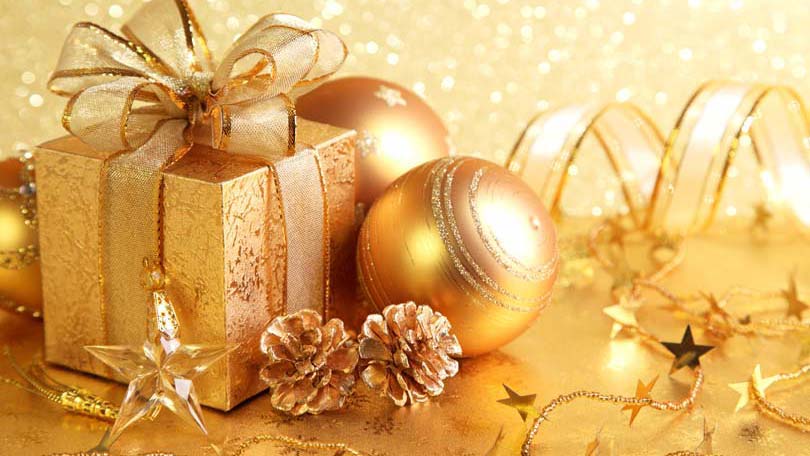 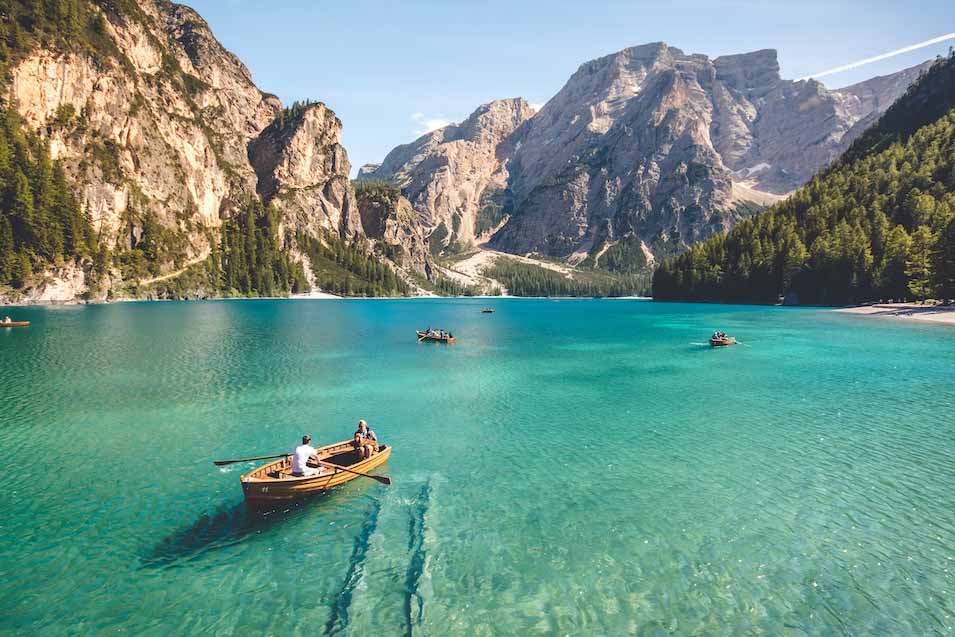 The 3 Essentials To Plan For Long Term Travel 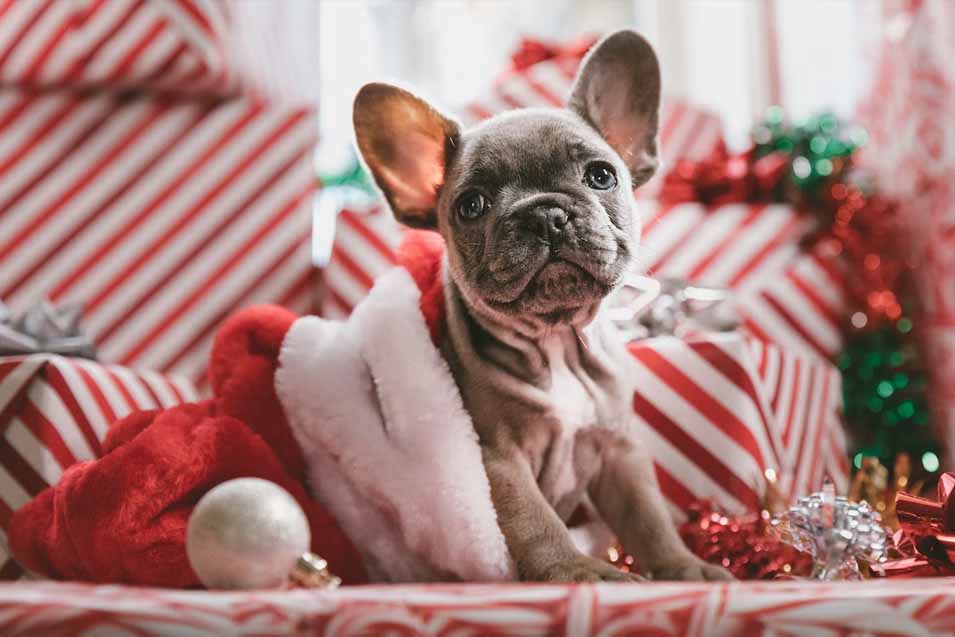 What to Write in a Dog Christmas Card