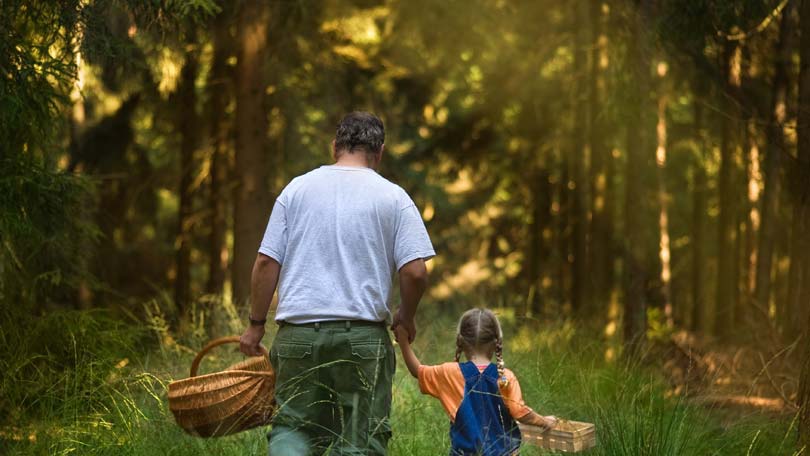 Back in 1983, when the movie Mr. Mom hit the big screen, the idea was an anomaly. What 1980’s dad would WANT to stay home with the kids, let alone be equipped to handle it? Raising kids, and being a stay at home parent has been portrayed as clearly woman’s work since as long as any of us could remember. Interestingly, things are changing much faster than you might think. Gender roles and stereotypes are being thrown at the window and the general consensus is beginning to adopt the idea that there is nothing wrong with being Mr. Mom.

According to recent statistics an estimated 159,000 men – which equates to 2.9% of all stay at home parents are trading in their professional lives to stay home with the kids. In most of these instances, the women in the family are the breadwinners and the men have opted out of their professional occupations to carry around what might be considered masculine canvas versions of Vera Bradley diaper bags. According to the US Census Bureau, there are even more men (About 1 in 5) raising the children these days because the above numbers don’t take into the account the numbers of single fathers with sole and partial custody of their children.

In what has long been a story exclusively about womanhood and motherhood – the angst of raising children is becoming a well accepted cross gender occupation. Today’s economic climate which has caused a surge in unemployment among high paid male professionals is another reason that there are more men today changing diapers and scheduling play dates than in the past. Combine that with the fact that women are quickly becoming top income earners and it only makes sense that families would choose to have the husbands stay home rather than pay astronomical costs for childcare.

For most men, the solution of being the stay at home parent is a temporary one. According to the Washington Post, many men who choose to stay home with their kids often feel out of place and consistently judged by others. There has been a sharp rise in stay at home dad groups across the United States that are designed to unite and empower these fathers in the same ways that groups for stay at home moms do. In recent years, there have even been a great number of emerging Daddy blogs and books written about parenthood from a stay at home dads perspective that are helping to shape the sometimes sharp criticism that stay at home dads receive from others who disagree with the arrangement.

According to child development experts from the University of California that performed a study including 2,500 stay at home fathers and their kids, children who grow up with a stay at home father are no worse for the wear. In what has been a female dominated profession since antiquity, research is showing that men, albeit different from women in their child rearing techniques offer kids an empowering and deliberate outlook on life. The research also showed that children raised with a stay at home father often have higher levels of self-esteem as well reduced fear in life because of the natural way that men tend to handle emotive situations. This is not to say that either a mother or a father is a better choice as a stay at home parent, but more to point out that both genders have equally positive influences on their families.

Perhaps the most difficult part in becoming a Mr. Mom is defending your choice to the outside world. Far too often, the duties of taking care of the children have been characterized by sitcoms and media outlets as strictly woman’s work. And sadly, most of the people that downgrade or feel awkwardly when faced with a stay at home father are other men who have deeply ingrained visions about child rearing and marriage. Moms on the other hand seem to welcome and give these dads the thumbs up! Even more interesting is how much credit men who stay home with the kids all day get over and above what the average female would receive for the same endeavor. When men stay home with the kids, people react with awe and respect while when it is a woman who is at home, her efforts are often unnoticed as if they are simply assumed.

In the end, being a Mr. Mom boils down to the individual needs of every family. It isn’t fair for any of us to judge what other people do. In so many families today, it just makes sense for Mr. Mom to be in charge of the kids while Mrs. Mom pursues her role as the provider. As long as children are loved, it really doesn’t matter who prepares the food on the table or wipes their nose clean when they are sick. Perhaps the most exciting part about the emergence of stay at home fathers is how greatly it will impact gender roles and family perceptions in the generations to come. Today, there are approximately 30% more stay at home fathers than there were just a decade ago. This seems to speak volumes for how far we are coming as a society on dispelling gender roles and moving toward equality.