Trapping a Man – Getting Pregnant to Keep Him

Home » Relationships » Dating » Trapping a Man – Getting Pregnant to Keep Him 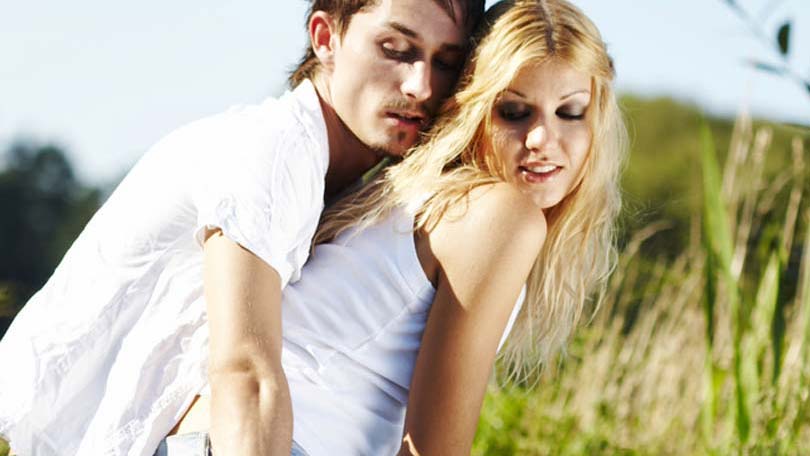 In the guy’s locker room, it is common conversation to hear two fellows offering fair warning about a woman who might be practicing the fine art of trapping a man. Whether it is into marriage or having children, men often underestimate the claws of deception that women can dig into their men. Bottom line is that there are people in this world who want what they want, when they want it and how they want it and who will not accept NO for an answer. In relationships, this is an extremely dangerous and self-destructive way to be!

You might be wondering what exactly trapping a man is all about. If you are a man, you also might not believe that your better half is capable of such manipulation. But she is. And as a woman, you have to openly admit to at least yourself that you have trapped a man before. Sure, you might have just trapped them into eating at a certain restaurant which has little to no circumstances (except food poisoning) but if it worked, you may be tempted to do it again.

Relationships can be difficult. When the big issues arise like whether to stay together, get married, have children etc. The differences can rear their ugly head and likely threaten the bigger picture. If you find yourself disagreeing on issues like this as a man, you might want to look out for behaviors that are directed at trapping you. As a woman, you may believe that your efforts are with the best intentions. However, if you have to deceive or lie to someone that you love in order to make the tides turn your way, you are definitely trapping them. The most common way that women trap men is to become pregnant. Sadly, lots and lots of smart men are completely ignorant when it comes to how a woman really gets pregnant. And women can use this ignorance to their benefit. While men may be in the dark about ovulation, menstrual periods, safe sex and the likes – women know this stuff. Especially if they have been wanting to get pregnant.

Many women involved in marriages admit to tricking their husbands into having another baby. They imagine that once the little pink line appears their husband will assume it was just a result of their overactive and manly sperm breaking through the confines of a condom. Why would any man be upset about that, right? They also may meticulously plan married sex so that it occurs on just that day of the month when their basal body temperature is at its peak. Don’t believe it, ask the woman in your life what basal body temperature means and if she knows – you can rest assured that she has done her homework about timing sex for conception. Somehow, when this is done within a marriage, it isn’t referred to as trapping a man; however, it is basically the same thing. Women can justify this behavior by feeling as if they are the ones that will care for the baby anyways and one more child is not going to kill the marriage. If the trapper gets caught – this could breech trust in serious ways.

Trapping a man you are dating into a deeper commitment often involves one of those accidentally ‘oopsie’ pregnancies. “Oh no, what are we going to do now?” Since few men want to argue with a pregnant woman they never mention the fact about how coincidental the whole thing is – especially since it’s been at the bulkhead of arguments for the past three months. Aside from timing sex, woman can trap a man by pretending to use birth control. Just because you check their little circular pack of pills, doesn’t mean they are taking them. And even if you see that one little magical pill is missing every day – it certainly doesn’t mean they are being swallowed. This can go on for months, leaving you very vulnerable for being trapped into something more. For women, they may see this as the only way to position themselves in a place where marriage or having children is possible. If the conversation of moving things forward has been brought up many times and you have remained adamantly against it – you should look for the signs of being trapped. Unfortunately, remember that the biggest sign of being trapped into something comes at a time when it is too late.

The problems with trapping a man are numerous. First of all, this is a highly spoiled and over indulged way of behaving. Secondly, the consequences of trapping a man – especially if that trap involves pregnancy bring a completely innocent party into your relationship that didn’t ask for this type of betrayal. And yes, even if it works out perfectly – it is a betrayal to trap a man. The other thing to consider is that even though a woman may get what she wants by trapping her man into marriage, child rearing or commitment, they will always be wondering if that is the only reason that they got where they are. The question of whether they would have chosen this path will undermine the relationship and cause insecurities. Even more detrimental is the fact that if a man feels as though he has been tricked or trapped, he will be less trustful of his partner (if at all). At some point the trapping incident, allegations or suspicions will cause resentment and separation.

Trapping a man is neither wise nor necessary. It would be more useful to learn new ways to communicate with your partner. If you are a man, then remaining open to what the woman in your life asks of you and trying to withhold words like ‘never’ or ‘no way’ can at least make her feel that you respect her wishes. In time, the right things always happen. Forcing it may work temporarily, but in the long run just make things much more difficult. Both men and women should remain aware that even in the best relationships, trapping a partner is extremely common.