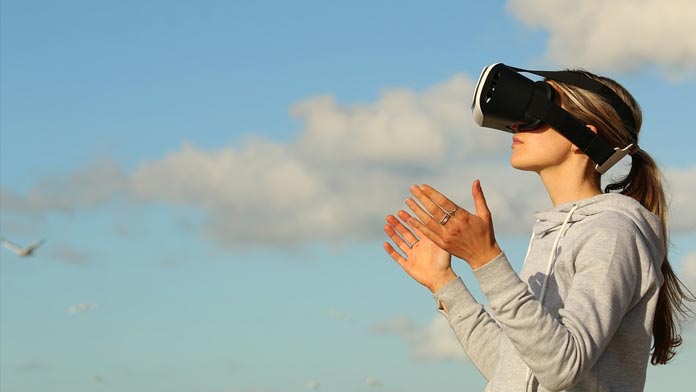 Blind dates are bad enough in real person, so is it really necessary to add a new layer of awkwardness by including virtual reality into the mix? Virtual reality (VR) dating is tipped to be the next big thing in the world of online dating, but we’re sceptical as to whether it’s possible to properly date a stranger without physically being in the same room at all.

But does VR does it genuinely have a place in today’s society? Is it practical and could it really be the way we’ll meet our partners in the near future?

How has dating changed with technology?

Dating as a concept has changed immeasurably in the last two decades. In the past, people would meet their future partners at a pub, at work or maybe at a social group – and then along came the internet. Online connectivity made it possible for singletons to communicate with one another over vastly greater distances. Today, VR dating enables individuals from opposite sides of the world to go on virtual dates in plush, exotic settings. In fact, Facebook recently launched a new VR dating show, in conjunction with Conde Nast Entertainment, called Virtually Dating. By utilising VR technology to recreate the scene of a blind date by giving two strangers HTC Vive headsets and allowing them to socialise virtually before meeting each other face-to-face. Wearable tech such as VR headsets could certainly transform the world of online dating as, according to Jennifer Kelton, founder of BadOnlineDates.com, virtual dates will unleash the same chemical reactions within our bodies as a face-to-face conversation. Kelton says that releases of oxytocin and dopamine occur when an individual is excited or has genuine feelings – regardless of whether or not it is a physical or virtual interaction. And those technology developments are not stopping there. One of the world’s leading online dating brands, eHarmony, believes individuals will be able to experience an 100% sensory VR date by 2040; with the ability to see, hear and even smell your date even though they might be thousands of miles away! According to the Statistic Brain Research Institute, more than 90% of single people in the United States have dabbled with online dating, such is people’s fascination with dating apps. It’s possible that, with VR technology and products becoming more accessible and reasonable in price, VR could quite easily go mainstream.

The VR industry will certainly take great heart and inspiration from the success of live streaming experiences; which are probably the closest parallel to VR environments, considering that VR has already started to incorporate live streaming. Traditionally, property owners looking to buy a new home would venture to open house days to get a feel for the home. However, new technology from Matterport has created VR real estate listings on Redfin, complete with a three-dimensional walkthrough of available properties. It certainly won’t be long before you can don a VR headset and experience an open house for real without having to physically go to the property. VR real estate is also becoming big Down Under, with Start VR helping property developers market off-plan developments with head-mounted VR tech. The iGaming sector is also utilising high-definition streaming technology, brands such as Betway Casino transport players directly to a live blackjack table to play and interact with a human dealer,resulting in a bricks-and-mortar casino experience on handheld and desktop screens. The industry should also look to live streaming platform Twitch to discover how to create inclusive and immersive shared experiences online. It may seem mad but amateur video gamers, playing in their bedrooms, are becoming celebrities in their own right. Fellow gamers seemingly revel in the enjoyment and community spirit of watching gamers in action almost as much as playing the games themselves. VR sports are already having a big impact on sports fans, with the ability to accurately simulate the physics of games such as tennis, table tennis and basketball. By replicating even minor nuances such as the accurate simulation of a tennis ball’s bounce and spin, the gameplay not only feels fun but entirely natural too. It’s therefore possible that VR dating could work if it is harnessed as a positive tool to improve an individual’s dating and conversational skills; however weird one may feel after removing their VR headset! 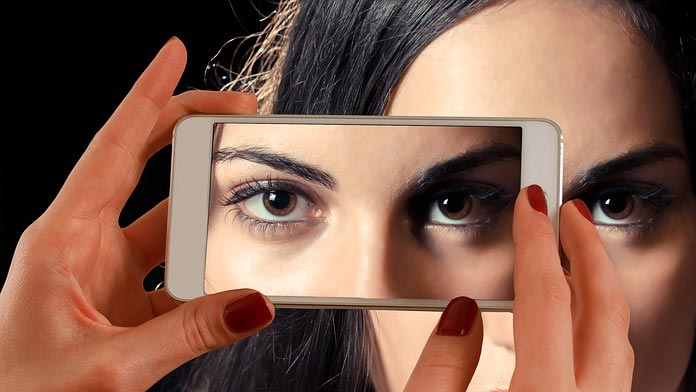 In our humble opinion, there is no chance of VR dating technology replacing real-life dating and relationships, but we hope that VR can enhance individuals’ social skills to give them the confidence to meet new people and enter real-life relationships and marriages. If individuals don’t take the concept too seriously, it could give people the inspiration and positivity to put an end to their single life, if they wish to, by going out and meeting people once they’ve taken off their VR headsets, rather than isolate them.

Just as online dating used to be seen as taboo, VR dating could soon become the new norm.

Those Who Believe Receive – A Christmas Story