Washing Your Wife’s Laundry – How Not to Ruin Her Clothes 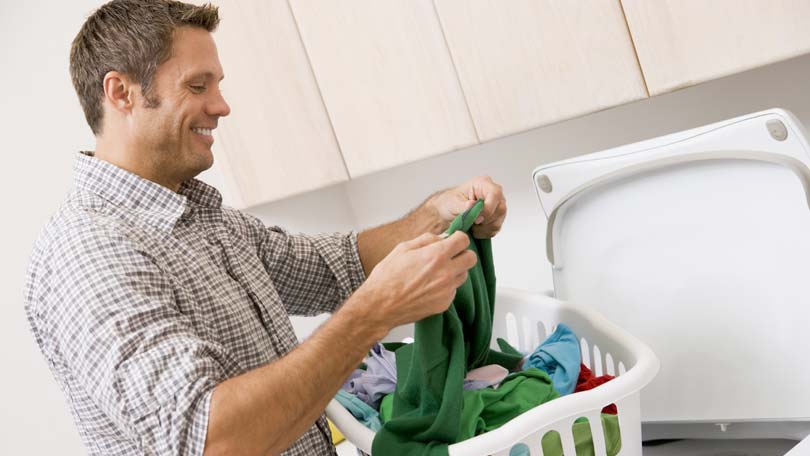 We live in a new world! One where the division between manly things and womanly things is not quite as clear as it used to be several decades ago. Yes, the days of the Brady Brunch, where the wife stays at home and tends to all things ‘homey’ while the man goes out and earns an income are quickly coming to an end. Or are they? (And plus, Mrs. Brady had Alice – and very few of us real women have an ‘Alice’ in our lives)

According to a 2007 Gallup poll that included thousands of married couples, there are still things in and around the home that are considered clearly men’s work or women’s work. And while there are plenty of men with dishpan hands and women who can trim the hedges with the expertise of a landscaper – laundry tasks are clearly, mostly left to women. This is not to say that there are not men in this world who are completely equipped and able to wash clothes without mixing colors and who know which fabrics should be washed in cold water as opposed to hot water, because there are. But according to statistics, very few men are washing their wife’s laundry.

In the poll, it was discovered in most household across the United States, women tend to be the queens of 6 routine household chores. (One of them being laundry!) The tasks that seem to have remained ‘women’s work’ through the ages are laundry, cleaning the house, making decisions about furniture and decoration, preparing meals and caring for the children (for couples with children under 18). Grocery shopping was another task that most respondents left up to the women. Men on the other hand were mostly responsible for keeping the car in good condition, doing yard work, and making decisions about savings and investment.

While the outcomes of this Gallup poll may seem sexist, outdated or even gender specific the truth is when it comes to laundry, most women are just better at it. – And let’s be real. Why pray tell would men want to get involved with washing his wife’s laundry?

Women’s clothes are clearly confusing. Every shirt is made of a different kind of fabric, and silk these days does not really resemble silk at all – which means that it will likely end up with the t-shirts during the wash cycle. Which also means it will end up a shrunken and shriveled up mess. Plus, when you combine the intricacies of washing lingerie with the task of actually finding the one red sock that will quickly ruin an entire load of laundry – women still seem to take the cake with their adeptness. Men, on the other hand – who tend to operate in a very functional and efficient manner – will not see the need to actually turn things inside out before washing or to pre-treat stains that are certain to become permanent should they go to through the hot water cycle untouched. And from the outside looking in, laundry is seemingly easy job – especially because today’s washers and dryers tend to take most of the guesswork (or work in general) out of laundering in the first place. (That’s at least the perception) Because how hard is it truly to put a load of laundry in the washing machine?

One of the most interesting aspects of the Gallup poll about the division of household chores and labor in the home is that the report has remained generally unchanged for several decades. And most of the changes involve the financial responsibilities of the home – where women are starting to become more involved as opposed to the generic domestic duties. In the 1996 poll, 70% of women were responsible for laundry duties. In 2008, the number only changed (reduced) by a sheer 2%.

According to market research, laundry advertisements and products are marketed almost solely to women. Market research showed that when it came to laundry products in particular, women purchase or influence nearly 91% of all laundry products sold today. Obviously, this is why laundry detergent companies tend to market to their products to women. And when men are introduced into the marketing agendas, it is normally to act as the ‘butt of the joke’ so to speak. Perhaps laundry companies could ‘entice’ and interest men into doing laundry by inserting some gender specific laundering enticements to men? (It’s at least worth a try!)

Bottom line, is that men may be winning the war and pulling the ‘wool’ over societies eyes. Maybe their perceived ineptness and the fact that mainstream female-driven advertisements for appliance and laundry products are only furthering the idealisms behind the gender role assumption that women are the only ones qualified to do the laundry. (Or at least do it right) The general consensus that a man would shrink, discolor, or generally ruin entire wardrobes in one wash cycle is what not only makes men shy away from the task – but also empowers women to continue doing this domestic duty themselves – without complaining.

For the small percentage of men out there brave enough to wash their wife’s clothes – we at Professors House say Bravo. But you might want to keep your domestic diva laundering self a secret lest the rest of the men in the world find out and hunt you down with their weed eaters! After all, the last thing you want to do is change the overall perception that most women have that not only can men NOT do laundry – but also that they SHOULD not! 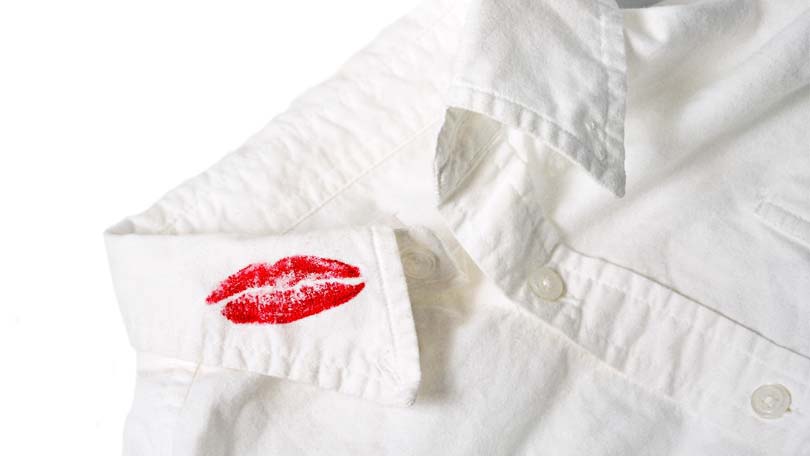 Removing Lipstick Stains – Apply an Alcohol Swab to the Fabric 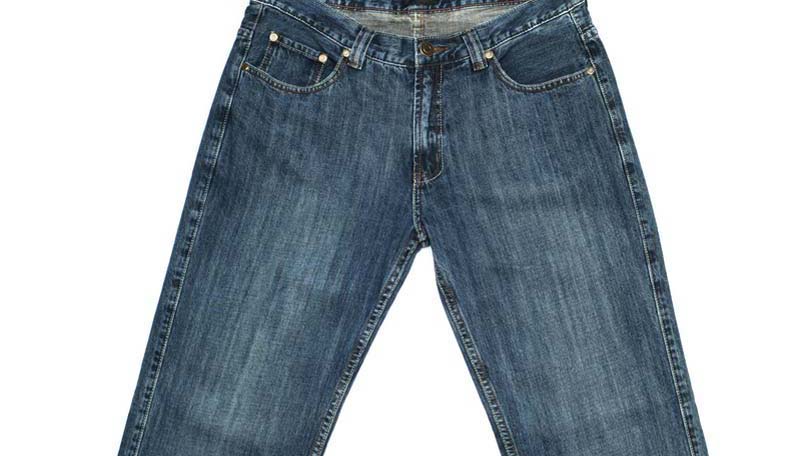 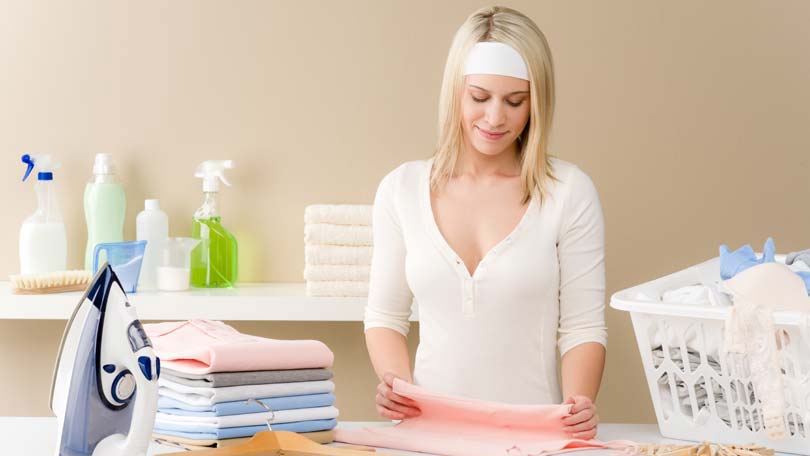 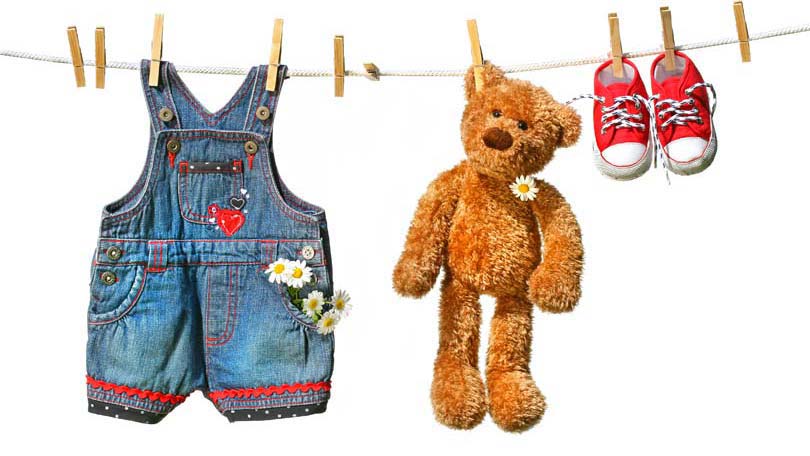 Does Fabric Softener Break Down Clothing?