What Age Can You Spay a Puppy

Home » Pets » Dogs » Puppies » What Age Can You Spay a Puppy 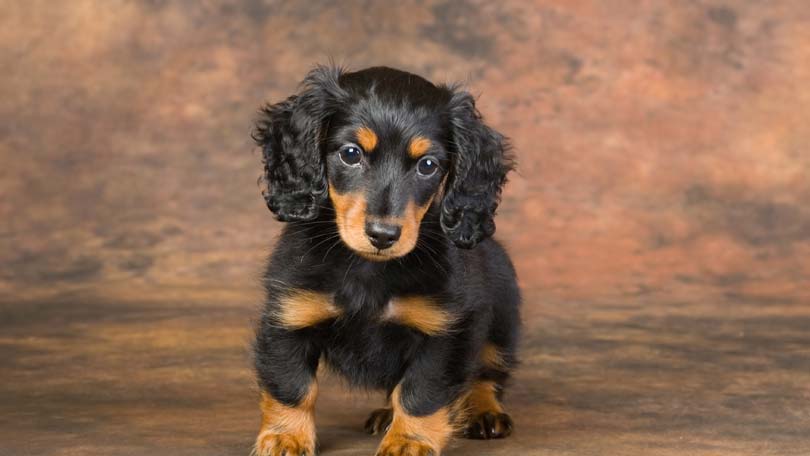 Every year, shelters are forced to euthanize millions of animals. While many people are willing to adopt these unwanted pets, there are simply far more animals that there are homes. When bringing home a new puppy, you have the power to help decrease the number of unwanted animals by choosing to have your pet spayed. One of the first questions you may ask after making this decision is at what age can you spay a puppy?

First, it’s important to note that if, for some reason, you have put off spaying your dog until she is older, understand that there are always some benefits to having your dog fixed, but that doing so before the dog has her first heat cycle will be most beneficial for your pet. Most dogs go through their first heat cycle between five and six months of age, and that is normally the best time to spay your dog.

Some experts say that by preventing her first cycle, you will help prevent your pet from contracting certain diseases. Spaying your dog later in her life will still reduce her chance of getting certain cancers, but doing so prior to her first heat cycle will provide the best benefit.

Cancers of the female organs are as dangerous for your dog as they are to a human. The treatments are painful and expensive, and there are many cases when even the most advanced treatments cannot save the life of your dog.

Having your dog spayed will also help to reduce the chance of her contracting certain infections and other health issues. You will also avoid the bleeding that accompanies female heat cycles. Most vets agree that dogs that are spayed live longer and healthier lives.

Another benefit to having the surgery done while your pet is young is that doing the surgery earlier in the dog’s life often makes for a much easier recovery. Young dogs bounce back a lot quicker and more easily than older dogs.

In addition to the health benefits, having your dog altered will also provide many benefits in regards to her behavior. Dogs that are altered are less aggressive than their intact peers. A dog that is fixed is less likely to fight with other dogs or be aggressive towards people. This doesn’t mean that your dog will not be protective towards you and your family. The dog’s loyalty and instinct to protect you will not be affected. Loyalty and aggression are not the same thing, and living with a dog that is less aggressive is much easier for the dog and for you.

One of the behavior changes you will enjoy is that spayed dogs are less likely to wander away from home. This is, obviously, safer for the animal as the risk of being lost, stolen or injured is greatly reduced if your pet stays in the yard.

In spite of all of the compelling reasons to have a dog spayed, some pet parents choose not to do so. Sometimes, this decision is based on myths that they have heard about having a dog spayed.

Here are some of those myths along with the truth behind them.

You Shouldn’t Spay a Purebred – Even pet owners with no intention to breed think that they should not neuter their dog if it is a purebred. First, many of the unwanted dogs euthanized each year are purebreds. Also, the health benefits that go along with having your dog fixed are just as important to a purebred dog as they are to a mixed breed.

It Will Change His Personality – If there are any changes to the way your dog behaves, it will be that he is less aggressive than he was prior to surgery. Most pet owners notice no difference whatsoever in the personality of their pet after surgery.

He Will Gain Weight – Having a dog neutered does not cause weight gain, but the overall activity level of the dog may decline after surgery. This can be dealt with by taking your pet on an extra walk, or giving him extra play time in the yard.

My Dog Will No Longer be Protective – The protective instinct of a dog is not related to whether or not the dog is altered. He will still be just as loyal to you and to his duties as protector as he was prior to surgery.

There are two reasons to opt to keep your dog intact. The first is that you plan to show your dog. Show dogs may not be spayed, so if your dog is a purebred AND you plan to enter the dog into competition then spaying would not be an option.

The other reason would involve breeding. There are several things to consider before choosing to breed your dog. Consider the millions of unwanted dogs that are killed in shelters each year. Every dog that a breeder sells is one less chance for those dogs to be adopted. Also, realize that it’s not easy to make money breeding dogs. Most reputable breeders are lucky to break even.

So to answer the question “What age should you spay a puppy?”: Prior to their first heat cycle. Again, if for some reason you did not have your pet spayed by this time, or if you adopted an older animal that was not fixed, there are still many health and behavior benefits to having your dog spayed at any age. The bottom line is that you should have this surgery done as soon as possible. Your healthy pet will thank you! 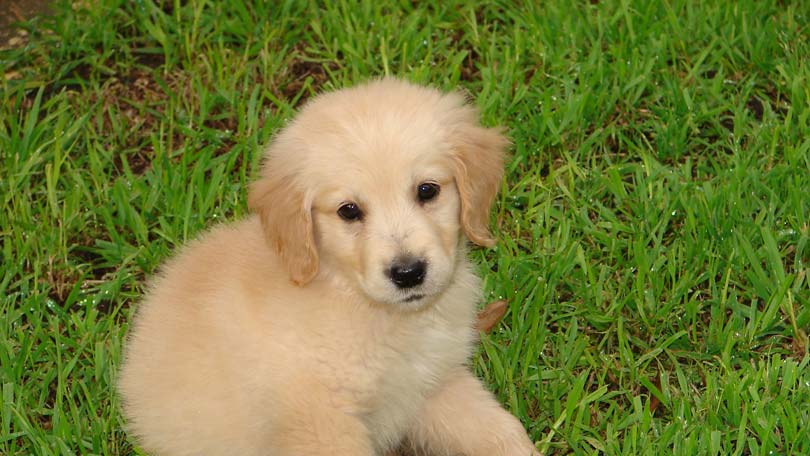 Selecting a Puppy – What to Look for in a Dog 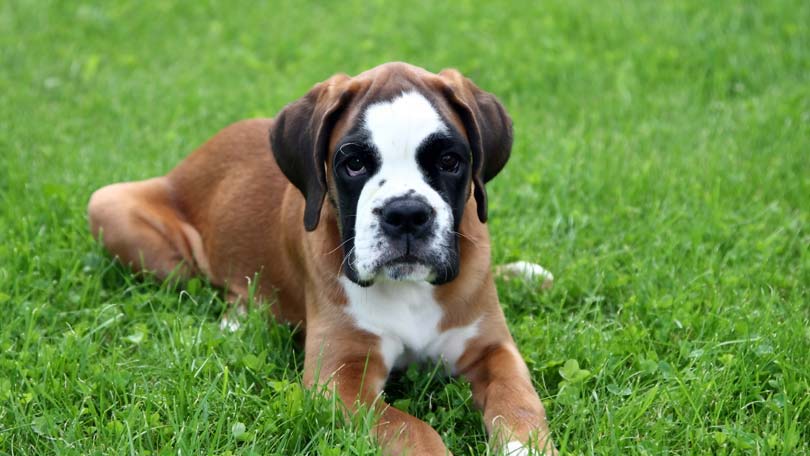 Stopping a Puppy From Biting 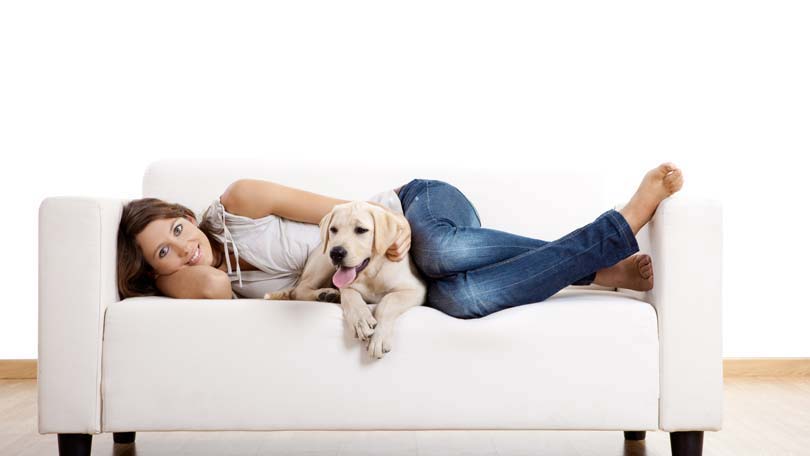 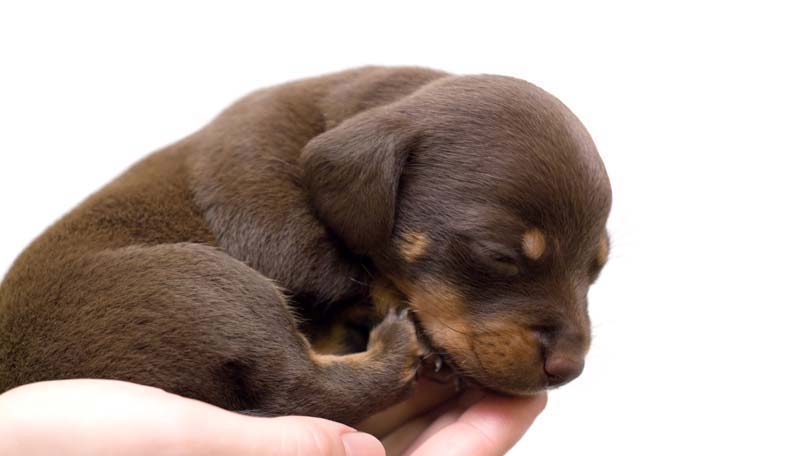 When do Puppies Open their Eyes