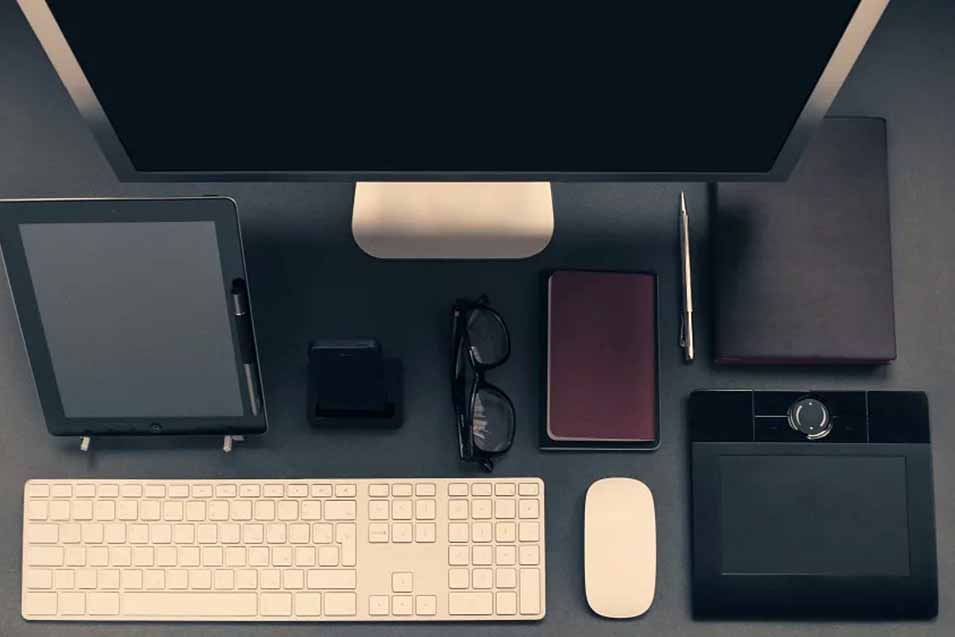 In this modern age of technology, the computer system, also called the personal computer (PC) or desktop computer, is now a very common part of most households and offices. Most of our daily activities nowadays involve the use of a computer, although nowadays they might also come in the form of mobile devices. In short, computers are no longer a luxury item, but a necessity.

However, although our PC is obviously very important, many of us don’t really know what components are included in the computer and how they work. Here, we will discuss the major hardware components of a computer system, how they will function, and other key facts you might need to know:

ALL kinds of computers—and even all kinds of electronics—will involve one motherboard as their core component. A motherboard is, in a nutshell, the “board” that holds all the other components of a computer together: the CPU (processor), RAM(s), hard drives, all the cables, and so on.

In a sense, we can think of a motherboard as the foundation of a computer. Motherboards for a PC/desktop units are generally expandable, meaning, you can replace most components on the motherboard, as long as they are compatible and when the said component is not hard-soldered. A motherboard can dictate what other components we can put into the computer system. For example, a motherboard that is made for Intel CPUs would use a different socket than a motherboard for AMD CPUs. Also, we can’t use a DDR4 memory when the motherboard ‘only’ offers DDR2 slots.

All kinds of computer devices involve the use of at least one CPU: from your PC to laptop to the tablets and smartphones, and nowadays, also wearable devices and smart home appliances. For a personal computer, we generally have two main brands for CPUs: Intel and AMD, both brands offer many different products for different price ranges, and each offers their own advantages and disadvantages.

People might use different names to describe the computer processor or CPU: microprocessor, central processor, and others. Also, it’s a very common misconception to refer to monitors, the tower or hard drives as the CPU. Check this article that might also help explain how computer parts work, so you can learn further about the difference between a CPU and these other parts, especially the tower unit. It’s very important to understand the correct concept of a computer processor, so you can properly understand how it works.

The RAM stands for Random Access Memory, which in a nutshell, is a type of data storage. During a layman’s term, the RAM’s main function is to provide a way for the CPU to quickly write and read data, which is going to be much faster than processing the same data from a hard drive (will be discussed further below). A RAM allows the same data to be read and written (overwritten) at the same time, and the physical location of the data inside the memory won’t affect the speed. In short, the CPU can access and write RAM data in random order—hence the name—, allowing a much faster time to find any specific information.

On the other hand, non-random storage systems like a USB drive, Blu-ray disk, and HDD/SSD typically will only allow reading and writing data in a predetermined order. The size of your computer’s RAM will significantly affect its processing speed. For instance, a computer with 16GB of RAM will be much faster than a computer with only 4GB of RAM. Also, the data stored in a RAM will be erased from time to time and when the computer is turned off/restarted.

A GPU, also often called a video card, graphics card, graphics adapter, or display card is, simply put, a computer hardware component responsible for processing and displaying high-quality and/or 3D graphics at high speed. Modern computers can involve either integrated or dedicated GPU, and in high-end PCs, can utilize both.

The main difference is that an integrated GPU doesn’t have its own RAM, but uses 1 to 5 % of the computer’s RAM (discussed above). A dedicated GPU, on the other hand, has its own RAM, with today’s high-end dedicated GPUs offer up to 12GBs of RAM. Obviously, a dedicated GPU is much more expensive than an integrated GPU. Even if your daily computer usage might not require intense graphic processing (i.e. Gaming or video rendering), you might want to get a dedicated graphics card if the budget allows, to ensure better overall performance. 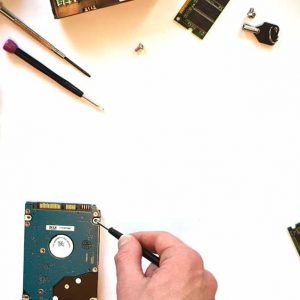 The Hard Disk Drive (HDD), or just simply hard drive has been the computer system’s main storage unit. We can think of an HDD as the warehouse that stores all the data that is required for your computer to operate: the Operating System (OS), software data (program files), and all kinds of data. Unlike RAMs, the data on the hard drive will be will stay even when the computer is turned off (quite obvious, since the computer requires the operating system data to boot on).

The traditional hard drive utilizes a circular plate to store and access data. An actuator arm spins and runs between the plates to read and write information, this is why a hard disk speed is commonly referred to in RPMs (rotation per minute) to describe the actuator arm’s rotation speed. On the other hand, a newer type of hard drive called solid-state drive (SSD) runs in a solid-state system (without rotation), which can access and write data much faster than a traditional HDD. An SSD is much more expensive than HDD (although nowadays it’s much more affordable), but will significantly improve your computer’s speed and especially boot speed.

Although the five components we have shared above are definitely the most important parts of a computer system. Keep in mind that they are not the only ones. There are still components like the power supply, keyboard, mouse, an optical drive, and so on. Also, remember that a computer won’t be complete without the software components.

What Are the Top VPN Companies That Work Absolutely Free?