What Song Lyrics Are Saying to Your Children?

Home » Family » Children » What Song Lyrics Are Saying to Your Children? 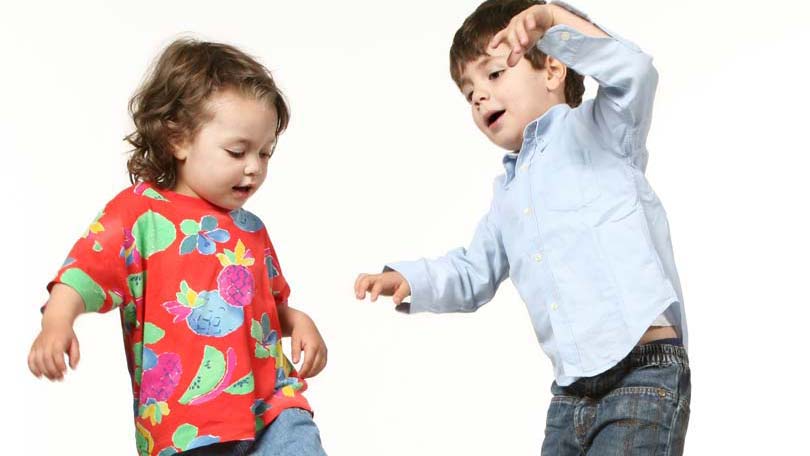 Wake up in the morning feeling like P-Diddy, got my glasses, out the door I’m gonna hit the city. Before I leave, brush my teeth with a bottle of jack, cuz when I leave for the night I ain’t coming back. I’m talking pedicure on my toes, toes’boys blowing up my phones, phone’

Now imagine your four year old grooving and singing this popular Kesha tune, which by the way is featured on the extremely popular Wii game – Just Dance. And for the record, the lyrics get racier than this as the song continues.

Your first reaction will likely be to throw a curved brow at the parent who allows their four year old to hear this song. However, are these appropriate lyrics for a 9 year old? What about a 12 year old? According to statistics, most of the children playing the Wii game Just Dance are between the ages of 7 and 14. And the cold hard facts are that there are A LOT of households that have more than one child spanning a decade or more in ages. Should 13 year olds be inundated to a life of hearing, The itsy bitsy spider, or The Wheels on the bus in order to protect the innocent ears of a younger sibling?

Let’s say you don’t own a Wii. Turn on Nickelodeon and in between Spongebob or Dora episodes, you are apt to hear Victoria Justice singing her newest song, ‘Freak the FREAK out!’ Or, warning a boy in her life, ‘Mess with me and you might get burned, I’ll be sure you get what you deserve. Cuz one day, I’ll have you begging on your knees for me!’ Nickelodeon markets to children from the ages of birth to 16 and yet they intermingle their programming and advertising. And the bottom line is that some pre-teen pop princess or boy band with a catchy beat and hip tune is definitely going to catch the attention of a child. They may not appreciate or dislike a song because of the lyrics, but that doesn’t mean that they won’t be hearing the lyrics nonetheless. So what is a parent to do?

Now let’s pretend that you don’t own a television or if you do, you don’t have cable. Or perhaps you don’t allow your children to watch television, listen to the radio, or sit in the living room with YOU, even while you are watching the news where they will hear plenty of inappropriate commercial jingles or songs, between reports about people dying all over the world. If this is you, you can consider yourself lucky, and glad that you have made the decision you have about exposure to pop icons and modern music. Even so, you won’t be able to keep your children in the bubble forever.

Perhaps the most ironic thing about the racy song lyrics in today’s music that is directed toward our youth is that kids pick up on the innuendos and phrases so quickly. This doesn’t necessarily mean that your 4 or 10 year old knows what it means to ‘brush their teeth with a bottle of Jack’ but there is a good chance they will sing it anyways. And of course, it is up to parents to decide what to tell the kids about the alleged ‘jack’ in the song.

The truth is that your child will not be listening to Oscar the Grouch sing about how much he loves trash for the rest of their youthful lives. At some point, the trash they will be singing about comes in the forms of song lyrics. The recording industry has developed standards and a rating system that is much like the one used by motion picture companies. Many CD’s today, come with parental advisory warnings for explicit content. Wal-Mart in recent years has refused to sell any music CD’s that include the parental advisory label because so many teenagers shop unaccompanied. The problem is that the record company’s definition of explicit and yours as a parent, may be totally different things.

And teenagers love their music. Lady Gaga may have songs with multiple potty mouth lyrics, and her image may be of a fundamental sexpot yet young people LOVE her music. Performers like her are often slotted for shows like American Idol and even the Nickelodeon Kids Choice Awards both of which are high in the ratings for children under the age of 13. Remember Brittany Speers?

Justin Bieber, a favorite heartthrob among ELEMENTARY school girls has a song out called First Dance. If you haven’t heard it, have a quick listen and you too will be wondering if he is really singing about dancing.

Okay, so you get the point. Today, the standard between what is appropriate and what is not is a little blurry. Children are being given glimpses into the adult world earlier than ever through all facets of media. Debating about whether song lyrics are going too far or not is not a new issue. The problem is that so many parents full of hopeful optimism count on the fact that recording artists and companies who deal with a younger audience will make wise decisions.

Yet they don’t. Why? Because that is your job as a parent.

At some point, your child will shake their hips and try to carefully piece together a set of lyrics from a song they heard. They may not at the time know what the song is about, and likely, you will laugh it off and think it’s cute. However, as your children get older, it is important to at least be aware and try to monitor what they load on their I-Pod shuffle. Every once in a while, take a quick tour into their musical world and find out what they are listening to. If they suddenly start saying a catch phrase and you don’t have any idea where it came from, suspect music.

Additionally, utilize your tools and authority as a parent to make decisions about what music you feel is appropriate for a child. If you don’t like a song or CD, then remember that you can turn the channel or delete it from a music library. While you keep a firm thumb on what they are listening to, also realize that you will not be able to shelter them from songs and song lyrics forever no matter how hard you try. If your children ask you what something means that they heard in a song and you don’t feel it’s appropriate for their age make something up! Just make sure it’s believable and chances are they will let it go.

As long as you are proactive and remain aware of what your child is exposed to – as well as keep in mind that YOU have the ultimate LAST decision to allow or disallow the material, you and your child will likely make it through this part of life just fine. In the end, there are always bigger issues to worry about.