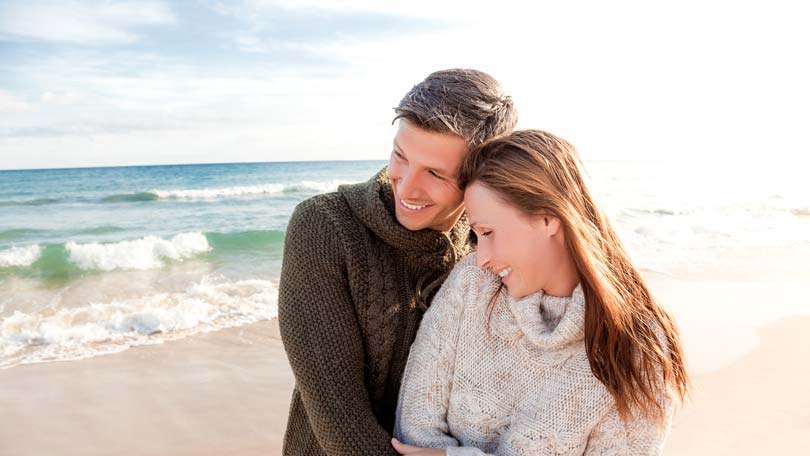 If we take as much consideration choosing a husband as we do a car; chances are we would get many more miles out of them than expected. Sadly, being in love and finding a perfect partner often involves so much of the irrational heart that it is difficult to separate what qualities we really want from the individual we choose! Probably everyone; men and women alike settle in some silent ways when it comes to marriage! Still, there are certain things that should be considered when wondering what to look for in a husband! Many of them take no consideration of the heart or soul and are simply common qualities of mankind that will aid (but not ensure) that your husband to be will make a good life partner.

The first thing is stability. Any man that is moody or on again off again in various areas of their life will not be great husband material. If he likes golf for a week than switches to tennis; gets obsessive about things and quickly loses steam- he will eventually do the same with you, Stability comes from being content in life and not needing constant stimulation and new scenarios to keep life interesting. At first this sort of behavior can come across as adventurous and daring (which are both good in small doses) but it should lend a clue to his probable ADD tendencies and habit of boring quickly.

It is often said that money and the heart do not make good partners. When it comes to marriage they must! You should definitely add financial steadiness to your list of what to look for in a husband. Okay, so your boyfriend works at McDonalds and is totally happy there; but in the long run you want to be with some one who has drive, motivation and the ability to hold down a steady job. If he is switching jobs every few months, is often unemployed (due to no fault of his own) or doesn’t have the get up and go to make it to work and meet his responsibilities – life ahead and together will be hard. Especially when things like children or a house payment collaborate against you. The ability to make money and sustain an income is vital to the success of a marriage. If you don’t believe it take a look at the statistics which indicate 88% of marriages fail due to money issues. When you are young and in love it is often noble and politically correct to think along the lines of “I love him anyways; it doesn’t matter that he makes $6 an hour” but years down the road you will feel completely different about it! There is no shame in choosing a husband based on financial reliability unless it is the only reason you are choosing them.

Mama’s boys and men who haven’t ever lived on their own do not make good husbandry choices. The idea of taking care of your man and being a good wife may seem slightly enticing at first. But after a few years you will tire of a man who cannot do laundry, doesn’t know how to turn on the dishwasher and leaves his stained tighty whities all over the house. Marrying a man that you have to take care of domestically essentially means you are becoming a maid or a replacement mother to another adult who should have learned life skills by this point in life. If he is a mama’s boy you are headed for a life of being despised by your mother in law, never being a good enough wife or mother and constantly being one upped by an old lady who has made it her life mission to keep her little man dependant upon her. When the grandkids come; it only gets worse and in most situations your husband will be unable and unwilling to stand up for you to his mother. This is quite simply a yucky situation to be in! The good news is that while you are dating there are tons of clues about his relationship with his mother that should be able to tell you effectively if he is a mama’s boy or not! Remember; there are some things mama can’t do for her son that you can and if you “just love him anyways” making this boundary (and ultimatum) clear in the beginning can save you heartache down the road.

There are also other things that complete the what to look for in a husband check list! You want a person that is not completely selfish. He should be able to compromise with you and others in his life in order to try and keep peace. Dramatic men are ten times worse than dramatic women! He should be able to cook; even if it is only ramen noodles he should be able to fix them well. He should like either kids and pets or both. People who don’t like animals usually have something wrong with them. He should not say stupid things in the heat of the moment or be passive aggressive in order to get his way with you on issues. Jealousy can be flattering in the beginning; but living with a man who sees you as property and is insecure whether you are at the grocery store or signing for a package from your UPS man is not going to work in a few years! This usually never gets better. A husband should also be a man who is able to talk to you and doesn’t immediately think that you are on your period because you are unhappy about something.

It can be sufficed to say that what to look for in a husband is often very different from what you might look for in a boyfriend. The problem is that when we are dating someone we don’t realize that the years ahead will blow the wind out of the sails of passion and cause a tidal pool of new situations and scenarios that will make great sex and romance seem like insignificant aspects of love. As we grow older, we are certainly always growing up and the way we change as well as the changes we have to make to be truly effective adults can be a decisive factor in how well we grow apart and back together over time. If marriage was just about love, or being with someone who made you feel good – there wouldn’t be much divorce. But marriage is really about a friendship and partnership that is honest, open, flexible and more importantly respectful. Certain qualities in people can never be changed and will never change and marrying someone that you think will evolve over time only sets you up for disappointment. If you know what to look for in a husband beyond good looks and chemistry you will be better equipped to make an informed decision about the state of your future!

Are We Creating a Self-Fulfilling Prophecy in Dating

Dating Your Best Friends EX – Acceptable or Asking for Trouble

Types of Christmas Trees – The Douglas fir is the Most Popular

Keeping Your Sanity While Raising Children