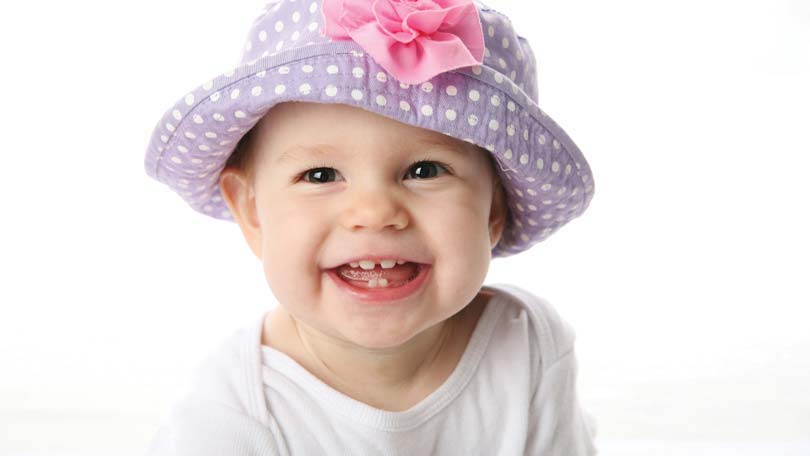 Is there a better month of the year to have a baby? Sure, some people prefer to have their babies in the spring so they don’t have to endure hot and humid summers pregnant and swollen. Others, think that the winter months are the best months to have a baby so that they baby will be mobile by the time summer comes along. More believe that having summer babies mean the child will be healthier because there are less bacteria and viruses floating around. But this isn’t quite what we are talking about here? Read on!

What Professors House is wondering with this article, is when is the best month to have a baby to ensure life success? (And does birth month even make a difference?) According to Malcolm Gladwell’s book Outliers, there are specific times, or months during the year – that help to motivate life success among people. His book, goes into great detail about the specific birth dates and months of highly successful people in this world. In one chapter of the book, he questions why two thirds of Canada’s pro hockey players were born in January and February. Is that just coincidence, or some sort of magical month for athletic ability?

According to Gladwell, one of the reasons that January, February and even early March are great months to have children that will excel in sports is because that many youth athletic agencies have birthday cutoffs of January 1st. So the January, February child birthdays will be able to play down in age groups and still remain the largest, strongest kids on the teams. Essentially, they have a 10-month head start on the kids in their ‘age group.’

This same psychology is also presented when it comes to schooling. There have been many studies over the years that show the older children in each grade level are often the brightest students. They have an advanced level of maturity that enables them to learn more quickly with increased brain capacity. Additionally, older children in the grade often have the most self-confidence because they are seen as a role model for younger kids in the grade. For instance, a child in 4th grade who turns 10 in December, will be in class with many children who just turned 9 at or near the very common September 1st, birthday cutoff. And Gladwell even recommends that parents consider the payoff of holding children born at or near the age cutoff back from starting school for one more year to help them be successful students in the top of their grade.

The research behind the book Outliers is nothing new. In fact, it has been supported for over a decade and has a lot of youth sports organizations rethinking how children are classified. Even so, many successful athletes, such as Tiger Woods for instance – who is considered an outlier (a term that means an anomaly, or exception to the rule) have always been the oldest among their peer group.

In 2001, Fortune Magazine reported 256 Zodiac signs of the world’s most successful business entrepreneurs and found that those most of them were born under the Pisces and Aquarius sign, which indicates that late February, early March are the best times to have a baby.

More research from the UK showed that the jobs that people have later in life is also influenced by birth month. For instance, more dentists are born in December than in any other month of the year. While the majority of air line pilots are born in March. This same research also showed that many people born in February are artists and police officers. Check out some of the other monthly findings courtesy of http://www.dailymail.co.uk/news/article-2033796/give-birth-march-pilot-august-bricklayer-december-dentist-.html below. 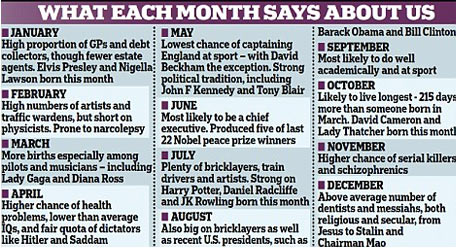 When it comes to birth month, many people also look to horoscopes or numerology in order to figure out what is the best month to have a baby. Many others use a combination of factors to decide when to conceive such as weather, work obligations, holidays, or even ancient fertility charts and Chinese beliefs about wealth and prosperity. And despite all this research about having babies early in the year, statistics from 2010 show that more babies were born in August, September, June and July (with September being the most popular) than any other time during the year.

Suffice it to say, that often the ability to plan a birth month is the last thing that new parents or parents to be are worried about. And even though Gladwell has research to support his claims that better athletes are born in the beginning of the year, he does not discount that there are many, many factors that influence life success.

The research and statistic is interesting at best. If you believe that having a February child will enhance their successes at becoming a professional hockey player or competitive gymnast – chances are you are so focused on their future and success that you will do many things to ensure they succeed in life. After all, parents that are interested in success and value accomplishment pass these traits onto their children. Whether it is the birth month or the parental influence that makes a child successful, is still a bit of a mystery. But maybe, just maybe – it is a combination of both.

Picking Up Baby or Rocking a Baby to Sleep

Getting Your Toddler to Eat Fruit and Vegetables