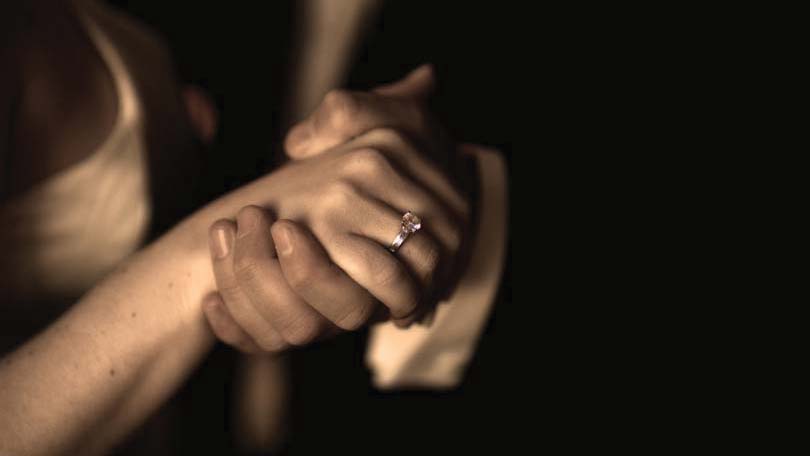 Ah… some men, regardless of whether they’re beasts or chivalrous knights in shining armor can sometimes sweep a woman off her feet. But diamonds – they take a woman’s breath away, not sometimes, but always.

Diamonds. They’re so beautiful. Women are fascinated and this fascination could never fade away. This is one reason why every woman, no matter what economic class she comes from, must at least have one. Even women from non-western cultures swoon over them. We’d like to bet that even in societies where material wealth is frowned upon, a woman would not be able to resist glancing or touching it. Those who don’t own a diamond daydream about owning one someday, while those who already own a few stones won’t hesitate to express a healthy greed for even a modest collection.

What is it about diamonds that turn women on?

There has always been a certain mystique about these gorgeous gemstones—perhaps because of the process that they go through to make them one of the most desired commodities in the world. Diamonds are made of ordinary, everyday carbon—but the way in which that carbon is transformed into a diamond is anything but ordinary.

Natural diamond formation takes thousands, even millions of years, and requires extremely high pressure and temperatures. In other words, you need the right environment to turn them into objects of desire. These conditions make diamonds—one of the hardest substances known to mankind – as one of the most indestructible.

We’ll venture a guess and say that another reason why women love diamonds is the painstaking effort that goes into creating them and the length of time required to make them the ideal symbol of an indescribable connection between two human beings. Because diamonds express a symbolic message – romantic or otherwise – the manufacturing and cutting process signifies a true labor of love. Diamond cutters demand much respect from the industry and if they’re good at cutting these gems when they come straight out from their origins, and know the secrets of the trade like the back of their hand, there is no saying where their skills can take them. Those skills come with a tempting price tag. “Name your price” is what some diamond companies will tell expert cutters. Because of this and other factors, the diamonds that leave a cutter’s hands are going to carry a tender message of affection, value and eternal beauty and only a cutter’s excellent hand movements can make this come true, injecting pregnant meaning into the message.

Does Cost Play a Role?

While we prefer not to think of diamonds in terms of their retail value, the most ironical reason why women crave them is the fact that they are so expensive. Cost is not just the jeweler’s price. It’s more complex than that. The cost of a diamond is itself like a magnet for many women.

“How much do I love thee? Well, let’s look at my Visa bill.” This is how a man who is smitten with his belle would probably answer. The expense of a diamond is related to its size, the brilliance of its color, and the quality of its cut—the larger the diamond, the more brilliant the color, the better the cut, the more expensive the diamond will be. And naturally, the more beautiful it will be.

Want something exquisite to cement your love relationship? Invest in a quality diamond. Besides, there is nothing more enthralling than to see a woman wearing a fragile but sparkling diamond on her finger or around her neck. What was that saying again?

She’s got you wrapped around her little fingers…and neck.

All of a sudden, a woman who receives a diamond gift becomes a special and prized human being, a woman with enviable celebrity status. It’s a man’s way of saving, “you’re quite a catch and let this diamond ring symbolize my wish that you never leave me.”

Granted, saying that women love diamonds because of their exorbitant value is rather crude, but psychologically and honestly speaking, cost somehow can compare to the value-added component in a love affair. Hollywood will tell you again and again. Those films about beautiful women being ensnared by wealthy men with lavish gifts do a good job of fueling a lady’s imagination. If one of those gifts is a diamond, he’s a man who has mastered the seduction game very well. So while it’s impossible to say which of those attributes is the most important – the diamond’s beauty or cost – deep down we all know that cost does play a vital role. Or a combination of both. In the kind of society we live in, there is still some degree of importance placed on material wealth. Can you truly blame a woman for cherishing the diamond not only for its beauty but also for its value? It’s her insurance policy for the future.

But the Rest of Mankind Does Too!

Many clichés have come about regarding diamonds. Who could forget Marilyn Monroe when she sang “Diamonds are a Girl’s Best Friend” in the movie Gentlemen Prefer Blondes? That image of Marilyn draped in the glittery maze of diamonds with gentlemen in courtly attendance, and as captured by the skillful hands of a camera man is forever embedded in our collective consciousness. The song, the woman, and the gemstone are icons. These sexy stones also earned a high profile, thanks to Elizabeth Taylor’s Krupp diamond (which later changed its name to the Taylor-Burton diamond).

Hollywood has its share of stories surrounding the glamour of the diamond, but so does the fashion industry. Did you know, for example, that the most expensive bathing suit was featured in New York Fashion Week in 2005 priced at US$18 million? The diamonds used in the swimsuit surrounded a rare 103-carat Golconda diamond according to Vicky Paterson in her book Diamonds (2005). Still in the world of fashion, Harrods of London sold a pair of diamond and platinum shoes for US$1 million.

Leaving Hollywood and turning our attention to history, specifically in the year 1642, the Darya-i-Nur was discovered in southwest India by Jean-Baptiste Tavernier, an explorer who had a penchant for seeking stones. He found a huge pink diamond which historians believe may have been found in the mines of Golconda. The story goes on to say that the diamond was eventually cut into two and when renowned jeweler Harry Winston had set it on a platinum tiara, Farah Dibah wore it in 1958 when she married the Shah of Iran.

Have you heard of the Black Orlov diamond? Patrick Voillot (Diamonds and Precious Stones, 1998) said that this diamond may have been taken from Pondicherry, in India, although there’s a mystery attached here. For one, India believes that black diamonds bring bad luck. Two, it was speculated that this diamond was owned by a certain Russian princess named Nadia Viegyn-Orlov, but records indicate that she never existed. Years later, the diamond went on display at Harry’s Winston’s New York store, and sold to a private owner eventually.

If women love diamonds, it seems that some men must nurture the same passion for them as well. In the early 1940s, Harry Winston gained attention again when he booked a last minute flight to Brazil as soon as the Vargas diamond was discovered in Brazil and named in honor of the country’s president then, Getulio Vargas. It weighed 726.60 carats and is considered the sixth largest diamond in the world. Winston tried desperately to purchase it, but by the time he arrived, the stone had already been sent to Belgium via registered mail. Winston won out at the end anyway and acquired ownership.

History, Hollywood and Hope have the answers.

When a woman wears a diamond, she wears a link to ancient history, a valuable partnership with the miners who toil night and day to come up with a diamond harvest, a “cutting-edge” relationship with expert cutters who treat their trade with reverence and an investment connection with reputable retailers. But most of all, that diamond on her finger is a sign that she is loved, cherished and eternalized, because long after she’s gone, the diamond she once wore will live forever. 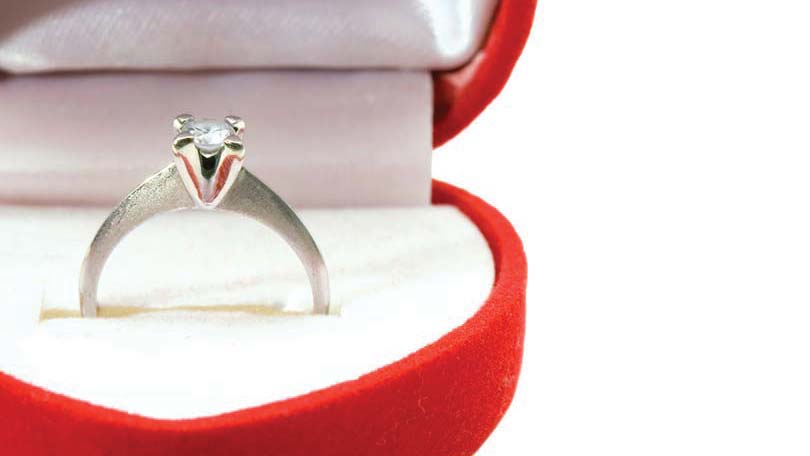 Proposing – An Art Form In Itself

How Much Should I Spend on a Engagement Ring

The Relationship is Over – It’s Time to Move On