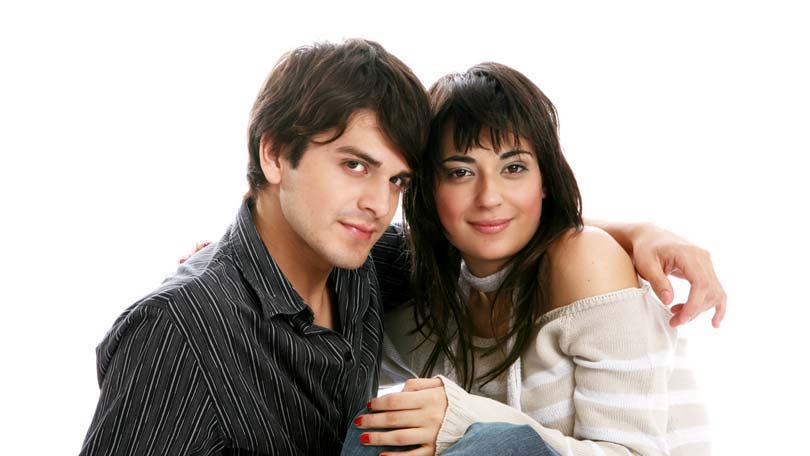 Yes, yes, we know. It is not appropriate for a couple to shack up together unless of course – they tie the marital knot. The problem is that NOT living with someone before you marry them, can actually tie your marriage in knots. Yes living together first may not be for everyone, and there are still quite a few people who believe that marriage must come long before cohabitation. Interestingly, a study conducted by the New York Times, agrees with that thinking going so far as to say, “Choosing to live together before marriage is NOT smart.” The study also indicated that people whom cohabitated before marriage, were more likely NOT to make it their decade anniversary. However, when you read the very fine print about the study, a few things become obvious! And this author still says, you should live together first.

For one thing, divorce is more common around the 7 – 10 year anniversary. This is a time when many people are starting to have the so-called mid-life crises and are trying to rediscover who they are. Essentially, if you live together first, you sort of shorten the time it takes to reach this point in the relationship, because you have already pretended to be married for a certain amount of years. So, if you have lived together for 2 years before getting married – you can assume the 7-year itch will hit you around 5 years into the marriage.

The study also showed no research that supported the idea that living together first, is a root cause that of actually destroying marital bliss. It just showed that couples are less likely to be married a decade if they live together first Bottom line, whether you divorce at 8 years or 12 years – you are still getting a divorce!

There are in fact good reasons why you should live together first. For one thing, dating someone – even seriously, is nowhere close to sharing space. Sharing space and learning about the intricate habits of your partner can take quite a while to adjust to. Each of you likely has different ideas about basic things, from what is considered clean, to what is considered appropriate bedtime habits. Then, there are the sleeping arrangements to consider, the difficult endeavor of trying to share a bathroom with the opposite sex, not to mention someone you love, and the most brutal fact, that living together decreases your ability to get away from each other! This means that you and your partner are privy to seeing, hearing, witnessing and living through each and every mood and ill willed evening, rather than being able to politely excuse yourself and retreat to your own home to get away. And boy, is this is a biggie.

Digging even deeper, when you live with someone you learn about his or her little dirty secrets and idiosyncrasies. Remember your college roommate who insisted on storing dirty socks under his or her bed? Or the roommate you had a few years ago, that never threw anything in the trash. The difference is that in couple hood, couples have to find that happy place, especially if they plan on living together FOREVER. The happy place is the simple medium where you can tolerate what is being done, and the other person will at least try to alter their compulsive behavior just enough to please their partner. Call it compromise, give and take or what have you – but know for the marriage to work, this has to be accomplished. So in a strange sort of way, it makes sense to see if you can find this place before you get hitched, rather than after.

Of course, another reason you should live together before marriage is so the two of you can truly experiment whether or not you have what it takes to make it 50 years together. To be frank, all relationships plateau at some point. When they do, they can seem boring, uneventful, and lots can go wrong. You may even realize that you don’t like one another nearly as much, now that the hormonal rage of falling in love has settled down. Sadly, many people don’t find out that they don’t have a very good set of matched personality cards that enables them to be friends as well as lovers before marriage.

Marriage is a lot about liking the person you are with enough to fall in and out of love ten times a year – yet still want to stay together. Many people make jokes about seeing your significant other in the morning, or what they act like when they are sick – and cohabitation gives you an opportunity to witness all of that, plus some. Seriously, once the relationship gets boring – there are plenty of people who no longer want to continue, feeling as if the spark is gone. When in reality, this ‘letdown’ is just real life settling back in. Couples, who make it passed this point, can realize a long and happy marriage.

There are further sensible reasons to live together before marriage as well – one of which is financial. When you live with someone, you can see how much they spend, whether they are thrifty and most importantly, whether you and your spouse are a financial match. Remember that more marriages end in divorce over financial issues than for any other reason. By paying attention to how your live in partner spends and saves, you can actually better prepare for marriage.

Learn About Your Partners Spending Habits

Shacking up opens the opportunity to actually talk about financial goals and plans RIGHT NOW and can lead to the implementation of habits and future planning, that can make your married life more secure. By having this discussion now, you are able to construct a bridge across this, and many other, essential conversations that far too many couples ignore. The same is true with politics, religion, extended family life, socialization, work habits, and more.

It is true that many studies may indicate that you shouldn’t live together before getting married. But then again, there are millions of couples today that live together quite happily – without every feeling the need to take a vow or tie the knot. A large portion of these people have children together, and are living the so-called ‘married life,’ without the paperwork.

For some of these people, making it official is not important. For others, it may be. For those people that want to get married eventually, but have partners who do not – the living together arrangement can make things more difficult. How? In a sense, you are enabling the whole, giving away the milk for free mentality. So why should they buy the farm?

However, what is important in a relationship, in every relationship, is love and respect, not always marital status. Some people feel very strongly against the institute of marriage, and probably have some deeply ingrained reasons to feel that way. If you can understand them, and help them to understand why marriage is so important to you, you may be able to compromise at some point. However, realize that pushing marriage too hard, could ruin what is otherwise a fulfilling relationship for you.

Ultimately, the decision to live with some one before getting married, should be based on how you feel, what you believe, and what you think is right. Take time to make the decision, and remain open to the fact that it could help you have an even stronger marriage, should you eventually decide to wed.

Should People Get Married – It’s a Tough Question

What it Means to Be a Mom